Nozstock The Hidden Valley has just announced its next round of artists, comedians and more appea...

The digital age has undeniably been a blessing to music as well as the curse people make it out t...

Last month saw the new wave of acts from the Horizons/Gorwelion scheme descend on the iconic BBC Maida Vale studios over the course of two days. There to preside over these sessions was BBC Radio 1/BBC Radio Cymru/C2 presenter – and new music connoisseur – Huw Stephens. As a member of the Horizons panel for the previous two years, Huw has lent his support for new original music to helping uncover the most exciting new talent in Wales. Here, Huw speaks to Dean Hodge about why a scheme such as Horizons is so important for Welsh music, his thoughts on the class of acts this year, and how he thinks the Welsh music scene can get bigger.

DEAN: Why do you think the Horizons scheme is such a crucial tool for developing new music in Wales?

HUW: I think there is so much talent in Wales and so many great bands. But sometimes it’s hard to find it, and people might not know about new bands or where to start looking. So I think what Horizons is doing is brilliant, in that it highlights twelve Welsh artists each year and gives them the opportunities to have their music exposed to a wider audience.  Just some of these opportunities include regular high-profile festival slots, extensive radio play and ultimately the chance to have their music recorded at Maida Vale.

You could spend years finding all of the new music that’s currently out there. That’s why it’s great to have a ‘filter’ – whether it’d be a music poll, magazine, blog, radio station or whatever – so Horizons is in that sense a great music filter.

DEAN: In an age where digital music platforms and streaming services offer more choice of music than ever, what do you think artists should be doing to make themselves stand out more?

HUW: It’s one thing to be talented, creative, to perform solo or in your own band and to produce great songs. But then it’s the second stage of getting it out there which is a totally different process. As you mentioned, given the digitalised music climate, releasing your music online is a really crucial platform for getting your music heard. But playing live on a regular basis still plays a huge part in building a following. It’s what brings both artist and audience together.

That’s one of the good things about Horizons as well, in that it’s about given these artists more experience of playing live, and making them aware of the many ways they can get their music out there as well. So the core part to an artist achieving success is that they are good, but also being able to join the dots between all the other important factors.

DEAN: When you’re looking for new music, what is it you look for in an artist or band, or what makes you connect to their music?

HUW: It’s not one thing but a combination of things really. For one, you have to have good songs. Then you have to know your identity as an artist and be able to stand out from the crowd. You must be willing to try new things musically. Those are the two criteria for me really. When an artist can add something different to a particular genre, it’s that which connects them with the audience.

My advice to budding musicians that are just starting out is if you’re not fully confident in yourself as an artist yet, get a manager who is confident on your behalf. Horizons, in some ways, fills the ‘manager’ role alongside various other roles for all these artists. They have confidence in these artists and they strive to build confidence in the artists themselves. DEAN: When you first came across these artists during the shortlisting process for Horizons, were you already familiar with some or all of these artists before? Or were many of them new discoveries for you?

HUW: I knew of some of them just through my work with BBC Radio Cymru, so to see them develop throughout the year and gain confidence in performing and recording has been fantastic.

DEAN: Seeing them at Maida Vale, have you noticed a difference in some of the artists from when you first come across them, or from when they were selected for Horizons?

HUW: You see a band like MELLT from Aberystwyth who I saw about a year ago now, when they were playing one of their first ever performances. They’ve come in leaps and bounds since then, and that has come about just purely through playing live, rehearsing, and gaining so much momentum. It’s been really great to see that happen, and to see all these artists really make the most of this opportunity that has been presented to them.

DEAN: Are you confident many of the artists from this year’s Horizons will achieve success in the coming years?

HUW: Cut Ribbons, from Llanelli, are a band I like a lot and they’ve come on in leaps and bounds. They always keep maturing in sound with every performance, and I’m confident they’ll do something really special with their next record.

HMS Morris are another band who have been meticulously honing their craft for a few years now. The last year has been really exciting for them and they’ve seen everything snowball. They’ve managed to capture a lot of people’s imagination this year.

DEAN: The last festival appearance of these artists this year was at S?n Festival, run by yourself and John Rostron. Did you manage to catch any of them on the day?

HUW: I do remember I saw a couple – Yr Eira and HMS Morris. Because I was running around so much on the day, I didn’t get to see as much of the Horizons/Gorwelion stage in Clwb Ifor Bach as I liked, but what was so great was that whenever I did go there, it was constantly packed. For the venue to be consistently full during the day, and for so many people to come and see artists that are perhaps more under-the-radar compared to many of the acts that weekend, was a really great advert for new Welsh music. 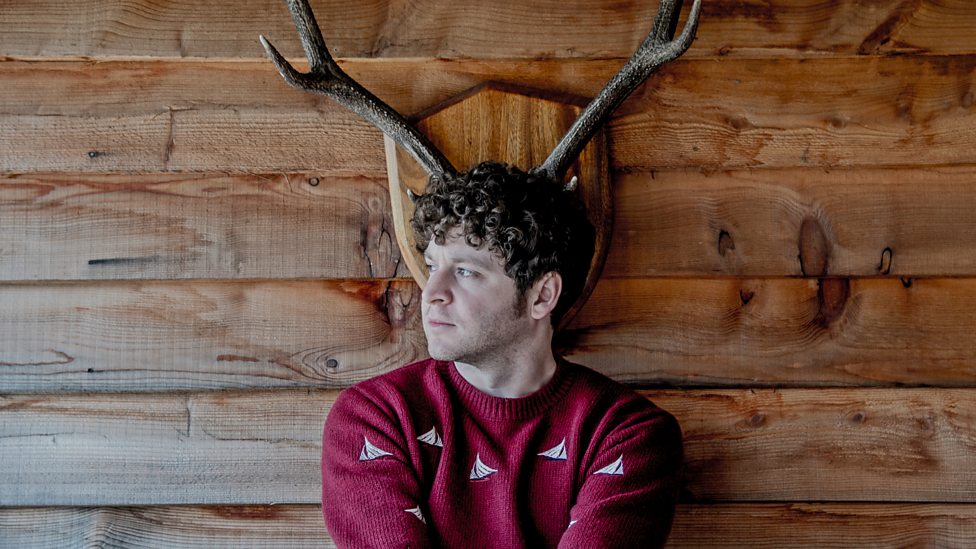 DEAN: On the subject of S?n Festival, what started as a small venture will be hosting its 10th edition in 2016. Did you ever anticipate it would reach the level of success it has?

HUW: Myself and John (Rostron) started it off as a one-off experiment really. We certainly didn’t think it would last nearly ten years. What’s great is that we manage to keep it fresh every year. There’s always new artists playing and they always get such a great reception from the Cardiff crowds whenever they play.

We also ensure we don’t book the same line-up and that we give as many up-and-coming acts a chance to play which is important. So much hard work goes into each year of S?n from all involved and when all that comes together, it’s brilliant and rewarding to see.

DEAN: You once again received a nomination from the NME Awards for Best Small Festival, so clearly the hard work continues to pay off!

HUW: I think that says a lot about the music community of Cardiff as well. They understand and appreciate what Swn stands for, which is shining a spotlight on independent music and emerging artists. We are a small festival and for that reason, we depend on the help of our volunteers, and the support of the fans that attend every year. The volunteers themselves play such an important part behind-the-scenes so we are forever grateful to them.

DEAN: Given how far the music scene in Wales as a whole has come now, what more do you think can be done to keep the momentum for Welsh music going, and to ensure all the hard work done so far in pushing the Welsh scene is not in vain?

HUW: It’s all about the quality of the artists and the musicians. When Gwenno released her debut album Y Dydd Olaf, she won a Welsh Music Prize award for Best Album, and most of the top UK music magazine have placed Gwenno in their ‘Best Albums of 2015’ poll. That itself is just a fragment of the current status of the Welsh music scene.

What the Welsh scene needs is ultimately what Horizons is currently doing. That is investing in artists, and giving them the time and space to create great music. I’ll think we’ll definitely see great things happen from the artists that have been selected this year, and the same will hopefully be said of whoever gets picked for Horizons in 2016.