AfterDark’s Dean Hodge gains exclusive access to the Horizons 2015 sessions at BBC Maida Vale and talks to some of this year’s Horizons acts about the past year.

For two days over last December, the iconic BBC Maida Vale Studio in London transformed into a glowing musical furnace of Welsh talent as the acts from this year’s Horizons/Gorwelion scheme waltzed through the doors of the building.

For those not familiar with the Horizons scheme, here is a bite-size synopsis – Horizons is a scheme delivered each year in partnership between BBC Cymru Wales and Arts Council of Wales, with the sole intention of developing and nurturing independent music in Wales. As part of the scheme, twelve Welsh artists are picked each year by a panel of producers, and offered a number of opportunities throughout the year.

Just some of these opportunities include more exposure across Welsh radio, slots at a number of national/international festivals, career mentoring carried out through numerous music industry workshops, and at the end of the year a recording session at the illustrious BBC Maida Vale studio itself.

Some of the chosen artists to pass through the star-adorned walls of the building this year include Aled Rheon, Cut Ribbons, Dan Bettridge, Delyth McLean, Hannah Grace, HMS Morris, MELLT, Peasants King, Violet Skies and Yr Eira (with Y Reu absent due to other commitments).

What ensues is two days imbued with plenty of musical blood, sweat and tears. Two days of each artist pouring all their musical blood into three specially chosen tracks. Two days that bring plenty of sweat courtesy of the team of producers, filmmakers and project managers working hard to capture the sweet sounds being made. Two days that result in the occasional tear cried over what is an emotional moment for all involved after such an eventful year.

What emerges from these two days is a catalogue of tracks imbued with the heavenly melodies and the fiery soul that the music of Wales excels in creating. Gaining a front row seat to these two fruitful days in Maida Vale is AfterDark’s Dean Hodge, who talks to a few of the artists – Cut Ribbons, HMS Morris, Violet Skies and Aled Rheon as well as BBC Radio 1’s Huw Stephens – about the sessions and their year-long journey with Horizons. Note: the term ‘musical rollercoaster’ is used with a heavy degree of regularity here.

"Horizons has felt like being away at summer camp for a whole year, and this is our last day before we head home" - Cut Ribbons 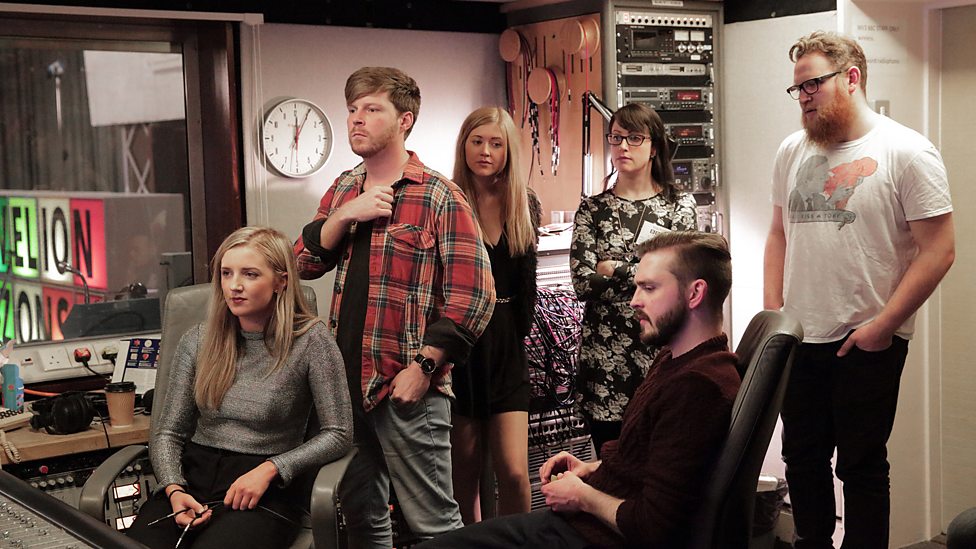 Their year with Horizons: “It’s just been amazing getting all these opportunities to play lots and lots of festivals that we haven’t played in the past, and to have our music played to larger audiences that we wouldn’t have dreamed to reach before. Being involved with Horizons gave us a safety net to fall back on, as well as a springboard to take our music further.”

Recording at Maida Vale: “For us, this is arguably the culmination of the whole year really. As incredible as the countless gigs and festival slots we’ve played have been, performing at Maida Vale is undoubtedly the ‘holy grail’ of achievements for many under-the-radar artists like ourselves. In some ways, Horizons has felt like being away at a summer camp for a whole year, and this is our last day before we head home!”

Their chosen three tracks: “All the three tracks we did are from our recent album We Want To Watch Something We Loved Burn. We did Truth In Numbers first, then I’m a Wretch, then the title track of the album. We would definitely describe the first two tracks as slow-burners and much moodier compared to our usual style, as opposed to the third track which sounds more like us.”

"You walk through the building and all the corridor walls are adorned with pictures of all the artists that have previously recorded there, which does make you feel slightly overwhelmed." - HMS Morris 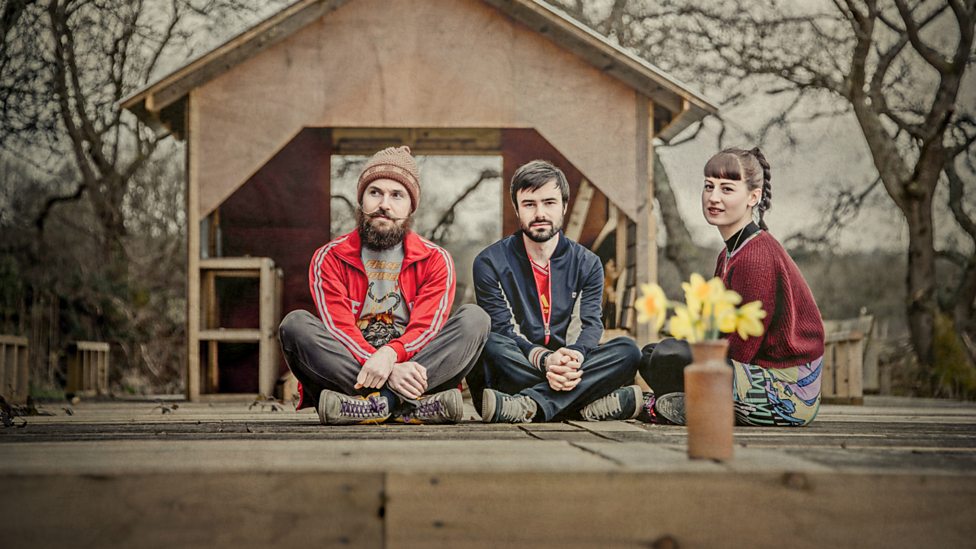 Their year with Horizons: “Being with Horizons, more than anything, just gave us a chance to play more and more live shows, which was great for us because we love playing in a live environment. We feel our live performance has progressed so much throughout the year. It’s opened many doors for us to a lot of new audiences and radio stations that we wouldn’t have been able to reach without the support of Horizons.”

Recording at Maida Vale: “Being able to perform there with your own band is something truly special. It’s such an iconic place. You walk through the building and all the corridor walls are adorned with pictures of all the artists that have previously recorded there, which does make you feel slightly overwhelmed. There was a lot of mixed emotions, because as awesome as recording at Maida Vale was, it was tinged with some sadness that this was our last day with most of the Horizons team and artists together”

Their chosen three tracks: “The first track was Gold (Want It) which we recorded in both Welsh and English. Then we did O Dan yr Un Lloer and we finished off with Interior Design which will hopefully be one of the next singles. We wrote those three tracks for our new album and we chose them just because they’re our favourites really.”

Their Horizons journey in one line: “An educational and musical rollercoaster, with a lot of wild twists and turns.

Horizons has pushed me to do things i'd never be able to do or think i'd be capable of achieving as an independant artist." - Violet Skies 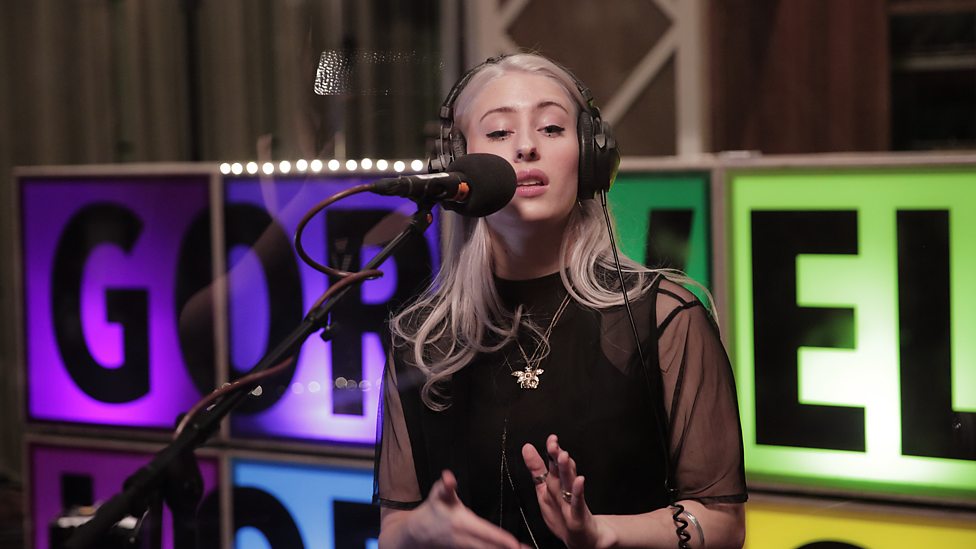 Their year with Horizons: “Horizons has been a crash course in every possible area of the industry. Horizons has felt like a one-stop-shop platform – part label, part live agent, part promoter and part everything else. These are things we’d never realistically be able to do fully as unsigned artists, so Horizons has provided a vital first step to all of that. I’ve enjoyed so many opportunities this year that I wouldn’t otherwise have had if it hadn’t been for Horizons.”

Their chosen three tracks: “Patience is a track from my recent EP. One Day, Three Autumns will be the next single I will release. Then for my cover I chose Sorry by Justin Bieber. I wanted to choose something that was totally different to ‘me’ and sound-wise was outside my comfort zone. Sorry is a genuinely well-written song as well as really catchy so there’s lots of scope to play with it.”

Their Horizons journey in one line: “Horizons has pushed me to do things I’d never be able to do or think I’d be capable of achieving as an independent artist.”

Horizons opens doors for you, but ultimately it encourages you to work for yourself too." Aled Rheon

Aled Rheon – Bilingual folk singer-songwriter from Cardiff with transcendent vocals and melodies that wash over you like sun-tinged rain. 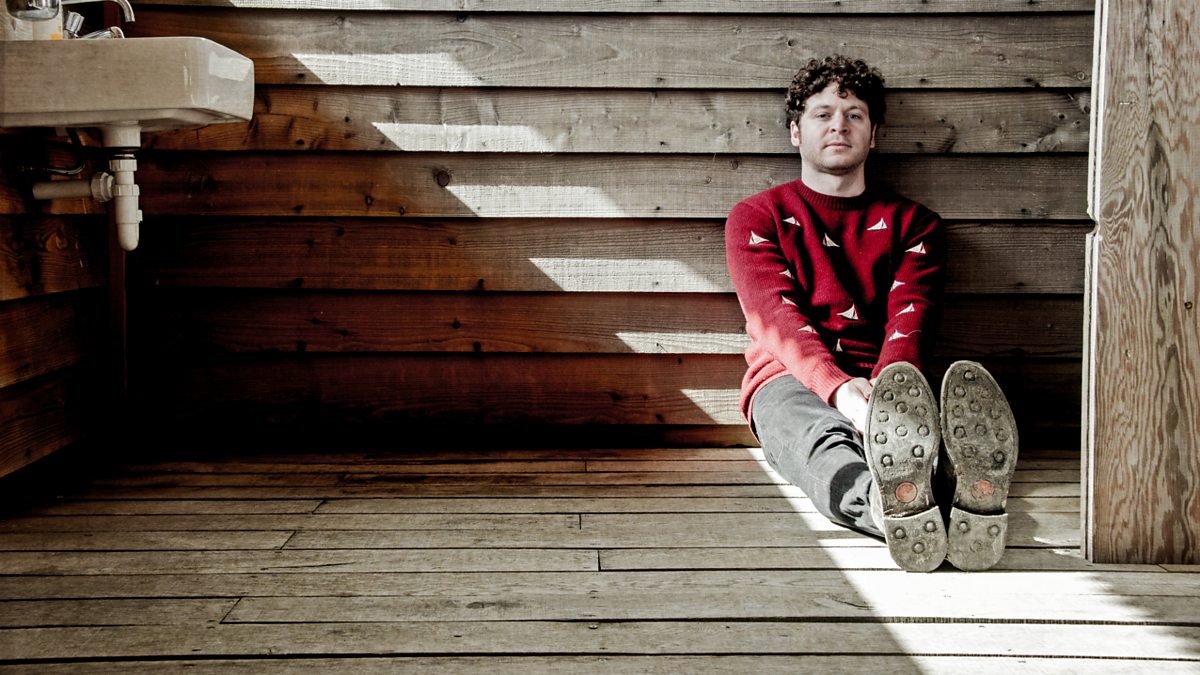 Their year with Horizons: “I think that every new opportunity you get – whether good or bad – develops you as an artist. Horizons provided me with a lot of opportunities and I tried to make the most out of every one. I think you have to have an idea of what you want out of Horizons from the start. Horizons then provides the guidance and support to help you realise this and get the most out of the project. I realised that you can’t sit there waiting for things to happen. You need to make things happen for yourself.”

Recording at Maida Vale: “Getting the chance to perform at Maida Vale was amazing – the place is legendary and has so much history. You know that your musical heroes have played there before and the place oozes inspiration. Additionally, it marked the first time myself and my new band The Gorgeous Charge played a session together. That itself was a great experience – and to do it in such an iconic place was amazing.”

Their chosen three tracks: “I chose three songs which will be on my new record due out soon, and all are inspired by personal experiences and from the stories of people that happen around me in my native Cardiff. September is a song about meeting someone when you least expect to. Hawdd (‘easy’ in Welsh) is about the feeling of being completely comfortable in the company of someone else. Wrap Up Warm is about growing up – and the advice I imagine I’d give myself if I could go back in time. I’ve recently had a baby, so since then the words have taken on a new life and a new resonance.”

Their Horizons journey in one line: “Horizons opens doors for you, but ultimately it encourages you to work for yourself too.”

"You could spend years finding all of the new music that's currently out there which is why you need a filter, and Horizons is a great music filter." - Huw Stephens

Huw’s thoughts on Horizons: “I think there’s so much talent in Wales but sometimes it’s hard to find it, and people might not know about new bands or where to start looking. So I think what Horizons is doing is brilliant, in that it highlights twelve Welsh artists each year and gives them the opportunities to have their music exposed to a wider audience. You could spend years finding all of the new music that’s currently out there. That’s why it’s great to have a filter – whether it’d be a music poll, magazine, blog, radio station or whatever – so Horizons is in that sense a great music filter.”

Huw’s thoughts on the artists: “I knew of some of them just through my work with BBC Radio Cymru, so to see them develop throughout the year and gain confidence in performing and recording has been fantastic.”

Huw’s thoughts on the Welsh music scene: “What the Welsh scene needs is ultimately what Horizons is currently doing, which is investing in artists and giving them the right time and space to create great music. I think we’ll definitely see great things happen from the artists that have been selected this year, and the same will hopefully be said of whoever gets picked for Horizons 2016.”

You can see/listen to all the Horizons sessions from BBC Maida Vale here.