Take a short drive, bus, train, cycle (or a very long walk) along the coast from Brighton to Worthing on Saturday 17th Feb for a special show at The Grand Victorian Hotel (we're hoping it is like Wes Anderson's Grand Budapest Hotel) featuring none other than Dave McPherson. Support comes from Gazz Marlow (InMe)
Matt Bonner, Rise of the Ziggurat and Joe Robinson (Alternate Function) with tickets just £3 otd.

Best-known as the frontman of the rock group InMe, Dave McPherson is something of a force to be reckoned with in the songwriting world. In addition to his works with the band, he has been writing, recording and producing his impressive solo output for a number of years, including a number of crowdfunding campaigns through PledgeMusic including his Dreamoirs album, and his gargantuan The Good People Movement - 365, where pledgers were given a track each day for a whole year, all for the tidy sum of just £36.50. This went so well that he is doing it again in 2018 - find out more about the project on https://davemcpherson.bandcamp.com/merch/365-days-of-reinventing-the-smile. 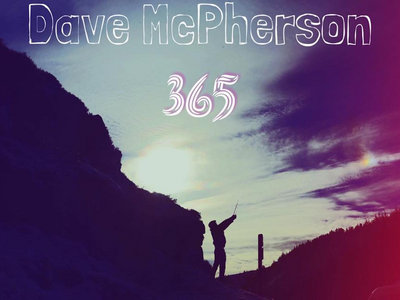 In addition to his prolific output, McPherson still finds time to play intimate solo shows like this, as well as performing at private functions such as wedding and parties throughout the year. If you'd like to book Dave McPherson for your event, get in touch through his website or Facebook page, details below. Dave's performances are intense, engaging and passionate and for a pittance of £3, you'd be mad to miss out on catching him for less than the price of a pint! See you there!